The phase contact arrangement with cyclic distillation provides an opportunity to raise the efficiency of separation of components by placing the tip between the distillation trays. As is known, the maximum separation efficiency on the tip is achieved when it is immersed, in the emulsification mode. The volumetric mass transfer coefficient is increased 2 to 3 times, including by increase of the mass transfer area. In addition, for cyclic distillation, in the absence of liquid overflow on the plate, there is the effect of partitioning of the bubble layer by height, for the tip will prevent the mixing of the upper and lower layers of liquid on the tray. With such a partitioning of the vapor-liquid layer the separation effect can be regarded as a set of a couple of cyclic distillation trays on one material tray. 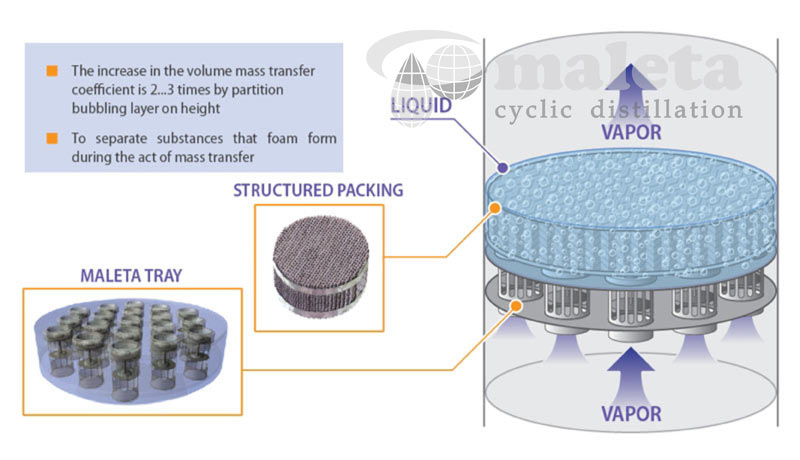 Carry through approximate estimate the investment in the project before the conclusion of a Contract for Preliminary Design:

To make a request