If you have a question, please feel free to contact us!

One method for increasing mass transfer efficiency is cyclic distillation. The required process conditions to attain this are as follows: in a vapor flow period the liquid stays on the tray (does not move from tray to tray); in the liquid flow period the liquid from tray to tray passes without mixing between adjacent distillation trays. The liquid flow (feed and reflux) is in continuous mode in the column. Our cyclic distillation trays have successfully tested and proven themselves since 2005 years. 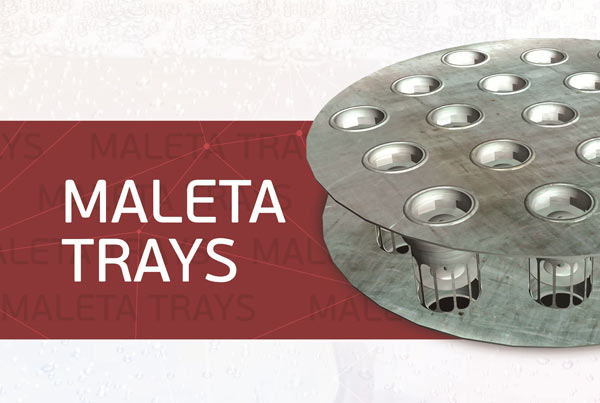 Possible limitations of the process